In charge of Finance, Accounting and Financial Communication’s teams.

Benoit Drillaud joined the Wendel Finance Department in September 2004 after five years at PricewaterhouseCoopers as an auditor.

He is a graduate of a Master of Finance from ESCP and a DEA in Economy of the University Paris 1 Panthéon-Sorbonne. He leads the financial and accounting team under the responsibility of Jérôme Michiels.

Board member of Cromology and Tsebo. 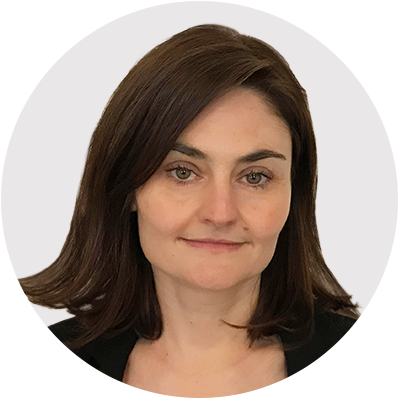 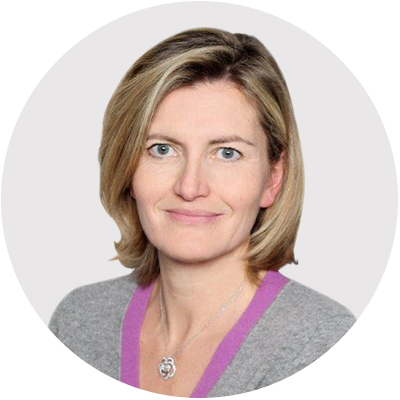 Stéphanie graduated from Kedge Business School and holds a DECF. 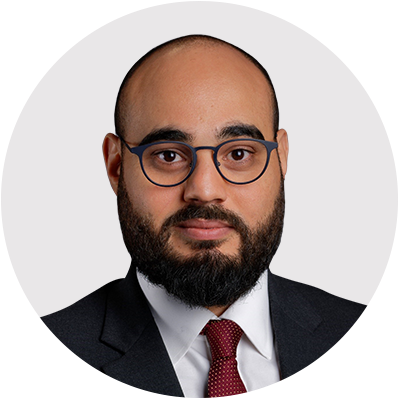 Previously, he worked as a Consolidation and Reporting Manager at Ernst & Young and as Consultant at BM&A.

He holds a master’s degree in Accounting, Control and Audit from the Management school IAE Gustave Eiffel. 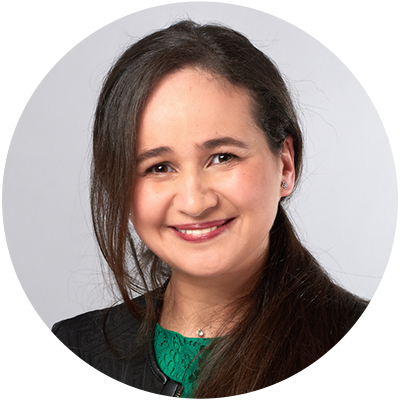 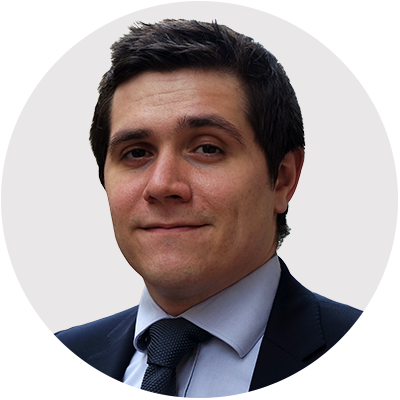 Nabil Bennis
Valuation Officer
Nabil Bennis joined the Wendel Finance team in Paris as a Valuation Officer, in July 2017.
Nabil graduated from Audencia with a Master in Management and a specialization in Corporate Finance. During his studies, he took advantage of an exchange program at Boston University and interned at Société Générale, Vulcain and Rothschild, mainly in M&A.
After graduating in 2013, he worked for Sorgem Evaluation and Deloitte Finance, first as Valuation Consultant and then as Junior Manager Valuation. 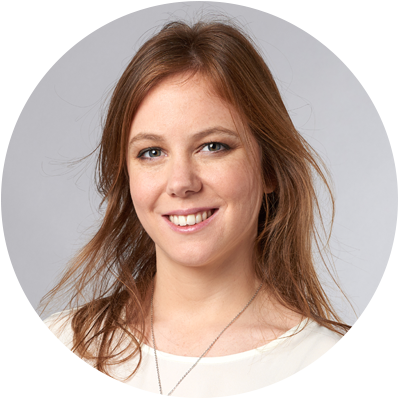 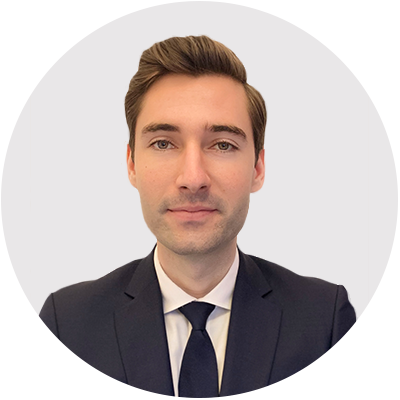 Before joining us, Julien completed several internships in corporate finance. He worked for Deloitte, for Ardian and for BNP Paribas CIB. 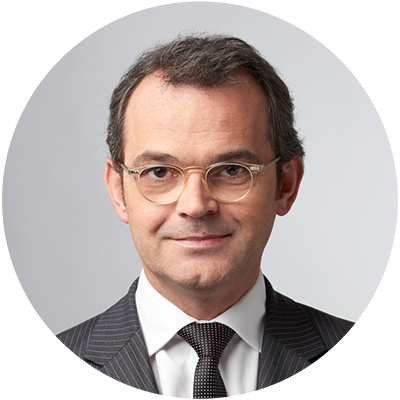 At Wendel since 2007, Olivier Allot has been Deputy Head of Investor Relations until 2013. He started his career in 1996 at SBF Bourse de Paris. He was spokesperson for four years, and then became Investor Relations Officer until 2007. 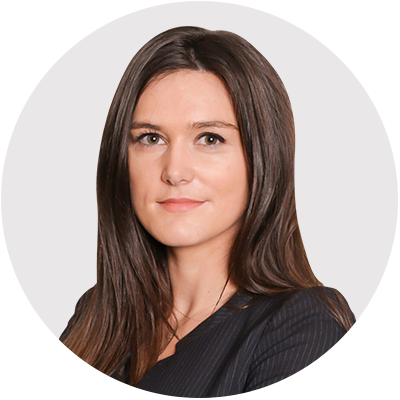 Prior to joining Wendel, Lucile was an Investors Relations officer first at Société Générale and then at Korian.
Lucile holds a MBA in International Business realised in Taiwan. She also graduated in Corporate Finance from ESSCA.

Christine Anglade-Pirzadeh is Director of Sustainable Development and Communication since October 2011. Member of Wendel's Management Committee.

Christine Anglade-Pirzadeh was Director of Communication of the French Financial Markets Authority’s (AMF) which she joined in 2000. She was Policy Officer with the French Prime Minister's Office (Direction des Media) from 1998 to 2000. She began her career in the editorial staff of la Correspondance de la Presse.

Christine Anglade-Pirzadeh holds a Master in European and International Law (Paris I) and a Master Degree in Communication law (Paris II). 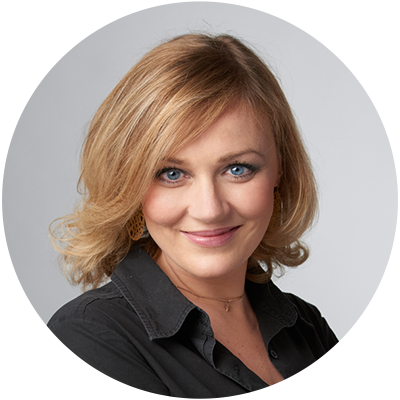 She was previously senior consultant in corporate and financial communication at Publicis Consultants since 2009. 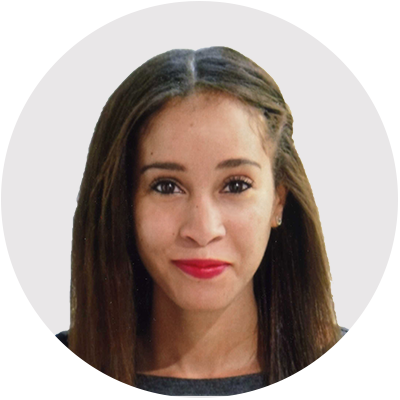 Peter Meredith joined Wendel as Group Tax Director in March 2013. He is a member of Wendel's Management Committee. 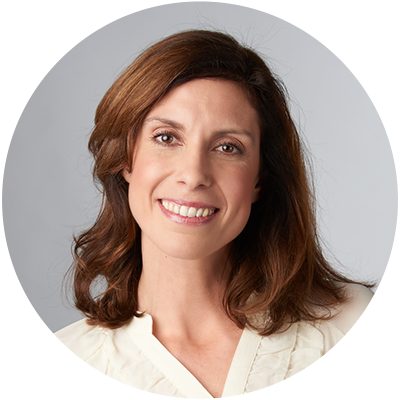 Sophie Parise
Deputy Tax Director
Sophie Parise holds post graduate degrees in corporate and tax law from the University of Cergy Pontoise and the University of Montpellier.
She started her professional career with Wendel (CGIP at the time) in 2001 as a junior member of the tax team, with a main focus on tax compliance. 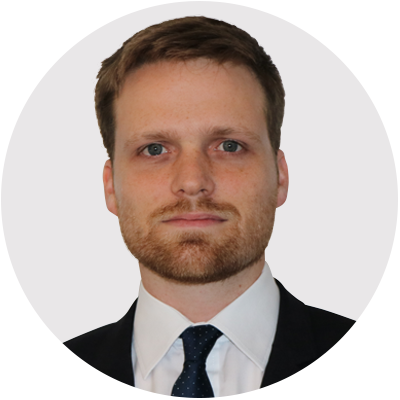 Hugues Tommy-Martin
Tax advisor
Hugues Tommy-Martin joined the Wendel tax team in Paris as a tax advisor, in November 2017.
Previously, Hugues worked for the law firm Arsene Taxand as a tax lawyer, where he took charge of tax compliance for a listed French client. Hugues graduated from Université Paris V Descartes with a master in tax law and is a lawyer at the Paris Bar. 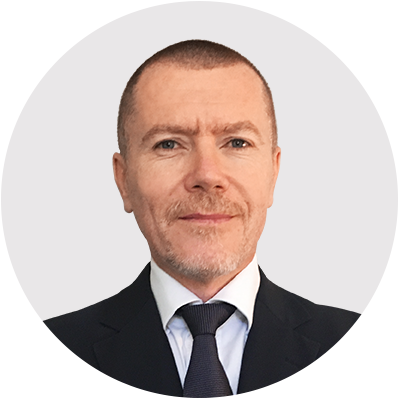 During these 8 years, he played an active role in the integration of companies acquired by Dassault Systèmes so as to ensure they adopted the best internal control practices. Previously, he worked for 15 years in auditing and risk management, first at the Bouygues group and then at Arthur Andersen, heading compliance projects related to the US Sarbanes-Oxley regulation. Finally, he was a founding member of Protiviti in France, where he was in charge of internal auditing and risk management.

Etienne is a graduate of HEC Paris. 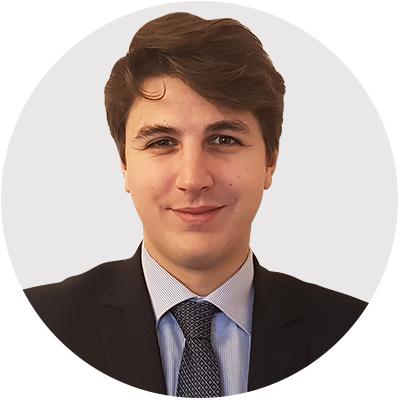 Prior joining Wendel, Xavier was Audit and Financial Accounting Advisory Services (FAAS) Manager within Ernst & Young for 5 years. He mainly worked on large industrial accounts in statutory audit and consolidation.

In addition to a 6-month internship in Congo, he also acquired experience in Africa during his business trips to audit the accounts of subsidiaries of an oil company. 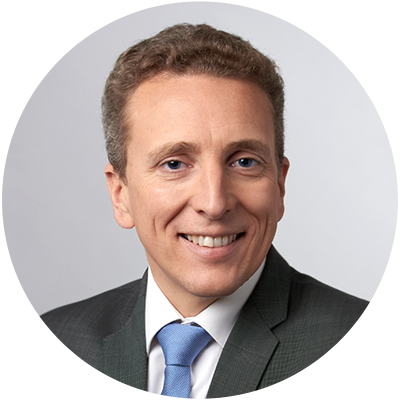 Sébastien Willerval  began his career in the Legal and fiscal department of BNP in 1998 before leaving for Ernst & Young Corporate Finance from 1999 to 2002. 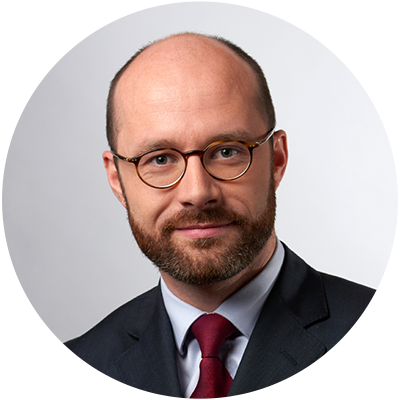 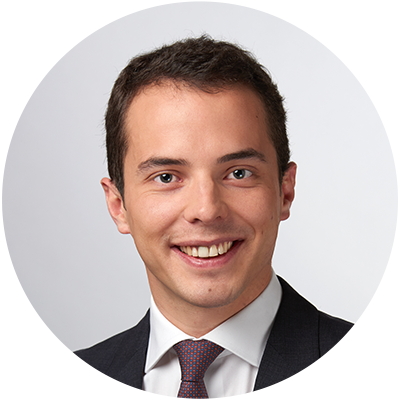 Antoine Stosskopf
Legal Counsel
Antoine Stosskopf joined the Wendel’s legal department in 2015 as legal counsel. Antoine assists in M&A and financial operations.
Previously, he worked with the legal team of Danone for 3 years and did internships with different law firms, notably Shearman & Sterling, and in companies such as L’Oréal.
Antoine graduated with a CAPA degree, a French-British law degree, an LMM in International Business Law (University of Exeter - UK) and a Master’s degree in Business Law.

Caroline Bertin Delacour joined Wendel in 2009. She is in charge of governance, compliance and litigation. She is also a member of Wendel's Management Committee.

As an attorney, she practiced tax law for 10 years with the firm Cleary Gottlieb, then 10 years in mergers and acquisitions at August & Debouzy, where she became partner in 2002. Caroline Bertin Delacour is co-author of "Highs and Lows of Modern Finance" (2013) and author of "Sovereign Wealth Funds: these new actors of the global economy" (2009). 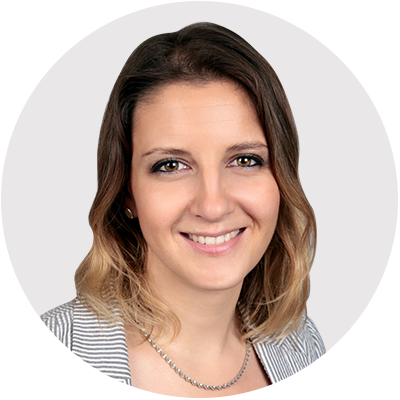 Muriel has over 10 years of experience in the field of risk and compliance in the financial sector.

Prior to joining Wendel, Muriel worked for 6 years as a Compliance Manager at Invesco Asset Management S.A. Previously, she worked for 5 years as a Manager Consultant at Kurt Salmon after having worked in Luxembourg at Amundi and then EY. 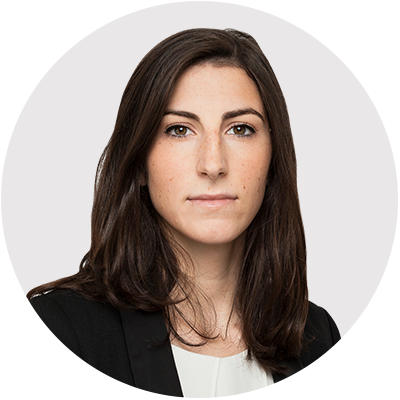 Clémence has several years of experience in the field of listed companies and capital markets law. Before joining Wendel, Clémence worked as an associate in the Stock market law team of Jeantet law firm in Paris.

Clémence obtained the French Bar Exam in 2016 and holds a master’s degree in Business Law - CSR from the Lumière University Lyon 2.

IT strategy and digital transformation 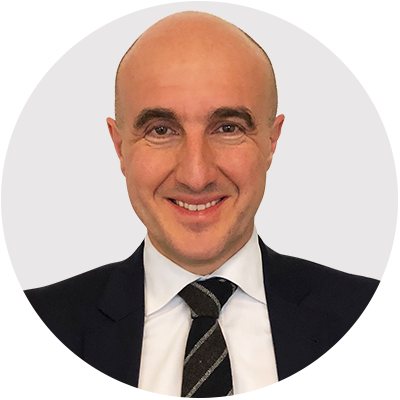 Aziz Sedrati
Director of IT
Aziz joined the Group in 1994 as Senior Accountant and IT Manager of Marine-Wendel. 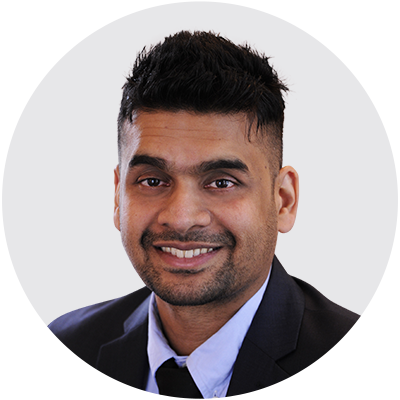 Sutharsan Kathiramalai
IT Manager
Sutharsan Kathiramalai joined Wendel in 2016 as IT Technical Support Officer under the supervision of Aziz Sedrati. He supports all Wendel offices.
Sutharsan has over 10 years of experience in IT field. Most recently he worked as a technical system analyst deployed at IMS Consulting Group and before that as a support engineer at Tribeka ltd in London. Sutharsan holds a BA degree in Electronics Engineering from London South Bank University.

Alexina Portal joined Wendel in 2020 as Director of Human Resources.

Alexina's arrival is part of Wendel’s plan to transform the HR function, and she will report to Wendel’s Executive Board. A graduate of INSEAD (IEP) and with a doctorate in organizational behavior, Alexina will focus her skills on turning the HR function into a competitive strength. Her role will include both redefining HR procedures and implementing specific projects in recruiting, training, diversity, employer branding as well as quality of life at work and organizational culture.

Alexina will work with the Executive Board in supporting portfolio companies in the realm of human resources and will become a member of the Management Committee.

Since 2004, Alexina has acted as Transformation Programs Director for diverse organizations in sectors as varied as manufacturing (plastics, packaging, cabling, cosmetics, agri-food), services (auditing, communications, consumer goods) and IT systems (software companies, distributors, advisory services). Prior to that, she served as an internal auditor, as well as education services director and marketing and communications director for Oracle’s PeopleSoft division. 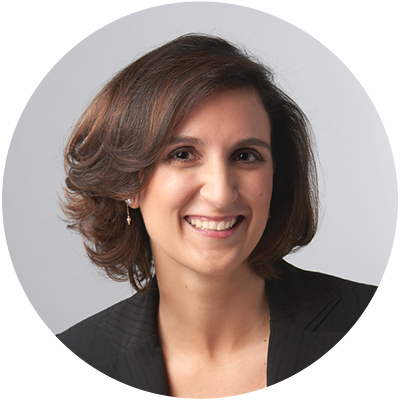 Melanie joined Wendel in 2008 as a payroll manager. She is currently responsible for payroll and social reporting for France.

Melanie began her career in accounting firms including Deloitte. She holds a bachelor in HR. 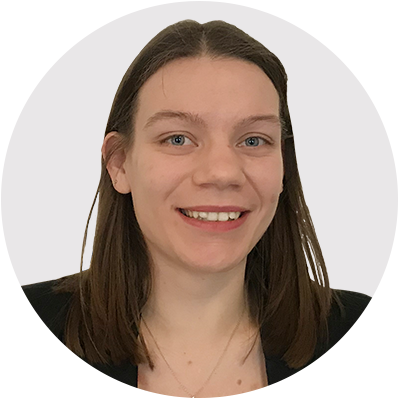 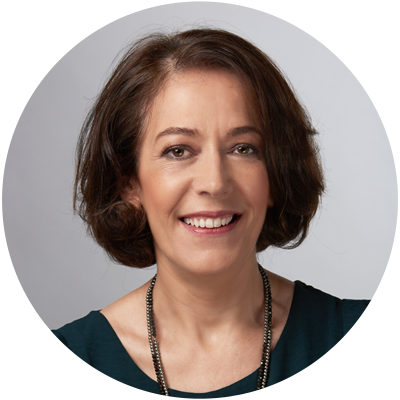 Fabienne began her career in human resources at Aérospatiale, before joining the human resources department at Umicore France in 1990, where she spent nearly 13 years working successively first as the manager of personnel administration and then as payroll manager at the head office in Bagnolet.
She holds a post-graduate degree in Business Administration from the IAE in Poitiers and a Master’s in Applied Foreign Languages (English and Spanish).