Skip to main content
0
Capital held by Wendel
(1) Disposal of the entire remaining stake on 04/29/2020.
Allied Universal continues its growth

Allied Universal is the leader in the North American security services market providing security professionals and related technology-enhanced security solutions to a highly diversified group of end markets and customers.

Disposal of the entire remaining stake in Allied Universal on April 29, 2020

Regional and district offices in the United States

Why did we invest in Allied Universal?

Keeping employees and customers safe is a critical priority for employers, merchants and landlords. This need for safety has resulted in the consistent and long-term growing demand for on-site security professionals and advanced remote monitoring capabilities. The increasingly complex nature of threats, both real and perceived, requires more highly trained and specialized professionals and garners greater senior-level attention from customers. These factors favor larger firms like Allied Universal whose national presence and local density, advanced training and technology-supported monitoring, threat detection and response capabilities are key differentiators for clients across diverse end-markets.

Attracted to the growing long-term demand, consistent free cash flow generation and ongoing consolidation in the over US market for outsourced security professionals, Wendel acquired AlliedBarton on December 1, 2015 for an enterprise value of $1.68 billion, including Wendel’s investment of $687 million for a 95% ownership stake.

Founded in 1957, AlliedBarton had grown from a regional company in the north-eastern United States to become one of the nation’s largest providers at the time of Wendel’s acquisition with $2.2 billion of revenue and over 60,000 employees serving approximately 3,400 customers.

12.02.2015 - Wendel acquires AlliedBarton Security Services, a leading security services company in the US

06.30.2015 - Wendel to Acquire AlliedBarton, a Leading Security Services Company in the U.S.

Consistent with the strategic goal of building the industry’s leading security services provider consolidating market, on August 1, 2016, AlliedBarton’s merger with Universal Services of America
(“Universal”) was completed, combining leadership, talent, expertise, and breadth of two of the industry’s leading companies. This merger of equals created the industry’s largest provider with approximately $4.5 billion in revenue, 140,000 employees and more than 6,000 customers diversified by end-market and spanning the U.S., Canada, Puerto Rico and the U.S. Virgin Islands. In addition to enhanced commercial capabilities, the combination created considerable synergies and enabled further investment in digital security technologies and innovation.

Allied Universal is led by a world-class management team that combined the best of each legacy organization, headed by CEO Steve Jones, previously CEO of Universal. As part of the merger transaction, Wendel received approximately $387 million in cash and 33% of the shares in Allied Universal, equal to that of Warburg Pincus, formerly Universal’s largest shareholder. The remainder of the shares are held by Allied Universal management and other third-party investors.

The Company is particularly focused on several key initiatives, including:

Chairman of the Board 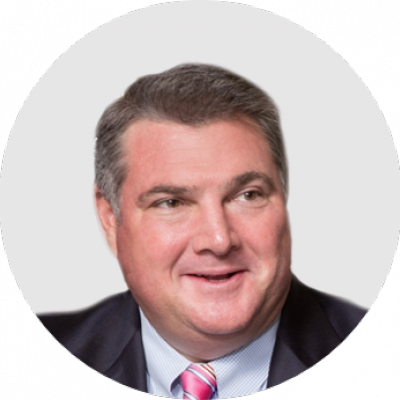 Wendel Group companies are leaders in their industries and make innovation central to their development.

Cromology
95.9%
Manufacture and distribution of paints